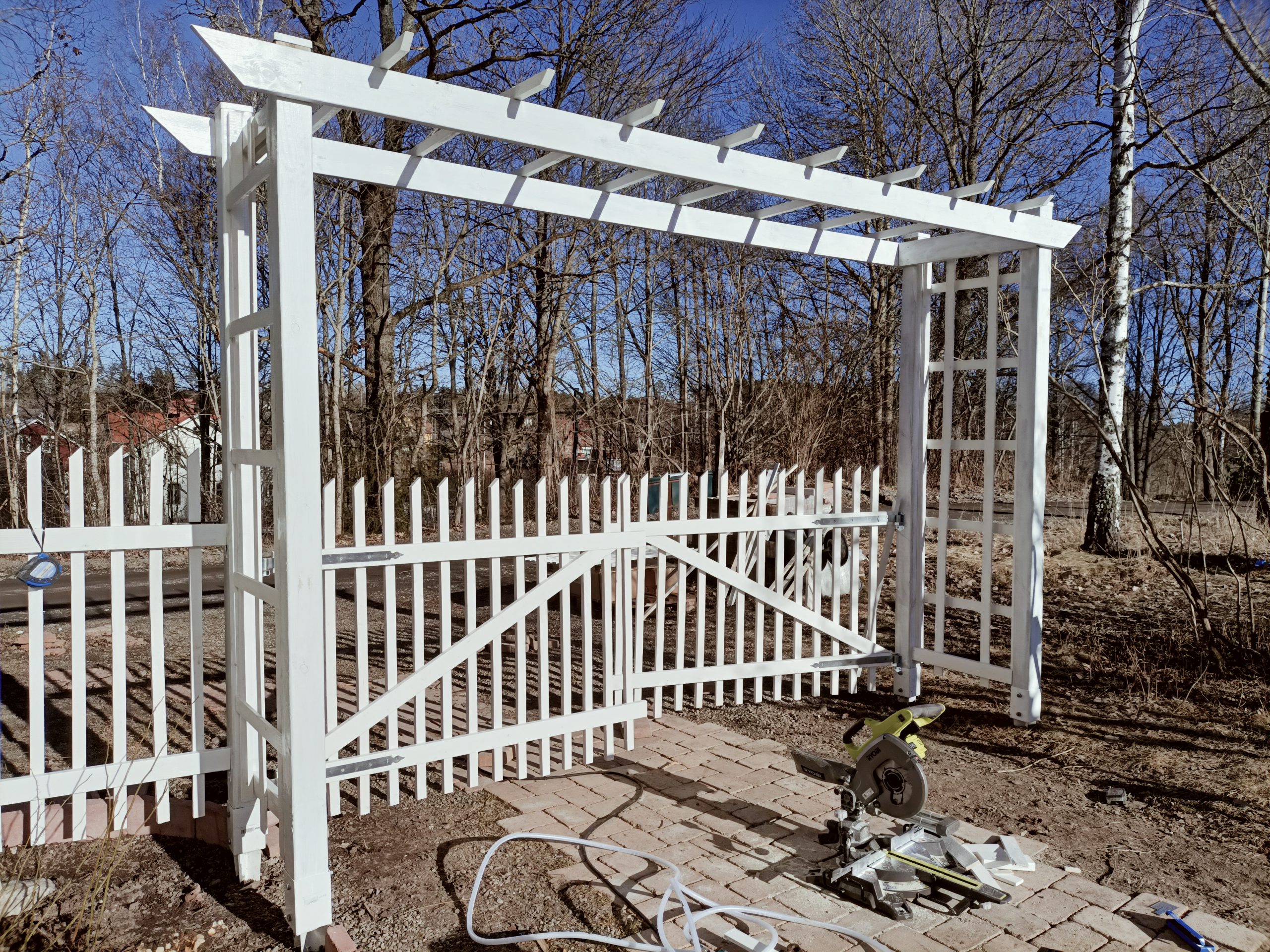 The Fence Project & A Long Time Out in France

In the last few months we focused on two projects:

Now we are sitting in the sun in the south of France and recall what we have accomplished before leaving. The fence project was not planned at all when we bought the house in 2020. In the first few months after moving in, Henry tried to escape from time to time. As the weeks went by, this subsided. We could be sure that Henry would not wander further than the neighbours’ house. It was annoying though, as there was a chance that he would run in front of a car. The lack of respect/fear of cars and his deafness added up the danger. And it happened, of course, that just at the moment when you look away, a risky situation develops.

Ideas for a fence, at least on the street side, came to mind, but Felix resisted. When Henriette moved in, the subject was briefly raised. But it seemed impossible to us that the cute little puppy would ever want to run away. With the onset of puberty, our opinion changed significantly. Her veritable sprints across the railway tracks, but also the great interest in birdlife or people/dogs running past led to great interest in freedom and great danger.

Idea collection and cost estimation of the fence

Extensive research and price comparison followed. It quickly became clear that the simple ready-made fence parts did not meet our needs. Also it were anything but reasonably priced. Almost all fence elements are very dense, which is not essential for us because we don’t need privacy protection. The height of the elements was also too low. A fence from a carpenter was beyond our budget, according to our calculations.

Therefore, the tendency to build the fence completely by oneself increased. After a lot of back and forth, we decided on two styles.

On the street side, directly at the house, a white picket fence looks best. However, with wide gaps between the slats so that a small dog can’t get through, but an openness is maintained. For the height, we chose a length of approx. 1.20 – 1.30m. To make the fence last and easy to restore, we decided to use linseed oil paint. At the back, i.e. the side of the garden that borders directly on the open field, we opted for a finished chestnut picket fence. Besides a rustic and simple look, we also have a maintenance-free fence that lasts up to 25 years.

The transition between the two fences will be covered by a hedge of scented jasmine bushes. This will give an idyllic view of the end of the garden. In addition, there is the idea of creating flower beds along the street side. On the one hand to minimise the lawn area and on the other hand to set more colourful accents. We bought some of the material at the local construction store. The remaining part, especially the poles and the foundation, we ordered

Beginning with the archway

We started by sawing, painting and building the archway. Since the linseed oil paint has to be painted in 3 layers, it took quite a long time. I was all the more disappointed when we finally got to building how quickly the painstakingly prepared material was used up. During the preparation of the base, we found out that the size we had planned was not feasible. There were very large stones in the ground, so we could not knock in the fundament. So we extended the width of the arch and made it into a double gate. Since prepared everything ourselves, it was no problem to apply the new change directly. We also found it very practical to have such a wide gate. For example if you want to transport something larger into the garden.

After installing the gate, we first had to take a break. On the one hand, the delivery of the posts was delayed. On the other hand, our big holiday was coming up. In a couple of weeks we will pick up the material for the chestnut picket fence in southern Sweden. At the end of April/beginning of May we will really start with the construction! After all, we don’t want to let the dogs (especially Henriette) run around the garden without a leash as soon as possible.

There is actually already a latch on the gate and we have replaced the two inner fence slats with thicker ones. The plan is also to install a stopper so that both gates don’t always open.

Planting ideas and first layouts of the fence

Two new plantings are currently in the pipeline. Firstly, climbing roses at the archway (the New Dawn variety) and scented jasmine at the fence crossing. Other ideas exist, but we still have to take a close look at their implementation.

Along the street side, I imagine a flower bed would be very chic. Preferably with a mixture of evergreen ground covers, medium-sized shrubs, rose bushes and a few perennials.